The Board provides strategic direction for RSL Queensland to meet its mission – to provide care, commemoration and camaraderie to enable veterans and their families to live with dignity and respect.

Elected by the membership, our skills-based Board gives RSL Queensland the right mix of experience and representation to serve the needs of our members and the veteran community.

As veterans themselves, the Board Directors bring a unique and critical understanding of the lived experiences of our Australian Defence Force personnel. Major General Stephen Day DSC AM served in the Australian Army for 40 years, including conflicts in Africa, East Timor, Iraq, and Afghanistan. He has been formally recognised for his leadership by the Australian, French and United States governments. In 2015, he left the full-time Army to work in business, principally with PricewaterhouseCooper. He advised boards and executives on leadership and the developing cyber threat. In 2018, he was asked to return to full-time duty and work for the Prime Minister in leading the national drought response. MAJGEN Day continues to serve part-time as a mentor to Army Brigade commanders and is the author of the current ADF Doctrine on Leadership. He has served on several boards, including The Sporting Wheelies, The University of New South Wales Cyber Centre, and ACT Cricket. He was elected as RSL Queensland State President in December 2021. Wendy holds a Bachelor of Nursing, Graduate Certificate of Health Resource Management, Certificate in Governance for Not-for-Profits, Simple procurement, and OH&S. Wendy trained as a Registered Nurse, working in a number of clinical nursing roles before joining the Royal Australian Army Nursing Corps as a Nursing Officer. She served nine years in the Army Reserve and then 16 years in the regular Army, including senior nursing and Command roles in both the Gulf War and East Timor. Wendy previously served on the Board of RSL Queensland in her capacity as President of South Eastern District.. Bill is a 40-year veteran who is very passionate about his involvement with the RSL. He is actively engaged with rural and remote Sub Branches and understands the pressures placed on their committees due to governance complexities and their future survival. He has a wealth of experience which assists him in his Board role, including experience in HR, logistics, business processes, and audit and risk, and is an experienced Workplace Health and Safety manager. Les is an experienced Principal Consultant in the accounting industry. He is skilled in Managerial Finance, Government, Accounting, Public Policy and Corporate Governance. Les is an ex regular soldier with 25 years infantry service throughout Australia and overseas. He joined RSL in 1970, and has held many offices in both Far Northern and Moreton Districts. 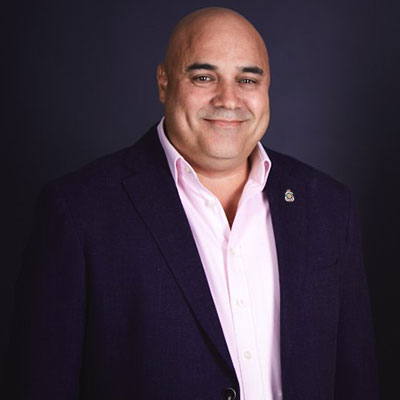 In October 2022, Tony Orchard joined the RSL Queensland Board as Director.

Tony has spent 25 years’ experience working in the financial industry, holding leadership positions including the role of Senior Business Financial Planner at National Australia Bank for five years. Tony’s career includes operational and strategic experience gained through holding various roles on boards as a volunteer and in corporate management.

Tony is a member of the Australian Institute of Company Directors (AICD), an Accredited Tax (Financial) Practitioner and holds a Bachelor of Business (Management), as well as an Advanced Diploma of Financial Services and a Diploma of Multimedia. In October 2022, Nic Gould joined the RSL Queensland Board as Director.

As Managing Director and solicitor at Colwell Conveyancing Group, Nic has extensive experience in the areas of law, business strategy, risk management and governance. He has worked across the public and private sectors, including as a Director of a number of private companies.

Nic has served in both the Australian Regular Army and the Army Reserve, having served in Afghanistan on two occasions and worked in an advisory role at the Australian Embassy in Jakarta with the Department of Foreign Affairs and Trade.

Nic has a Bachelor of Laws, a Graduate Diploma of Legal Practice, a Certificate of Governance and Risk Management and a Graduate Certificate in Intelligence, and runs his own law practice. In October 2022, Chris Hamilton joined the RSL Queensland Board as Director.

Chris is the current CEO of RESQ Plus and is responsible for delivery of the Community Development Program in South West and Central Western Queensland. Chris has significant Board experience having been the President and Chair of the Legacy Club of Brisbane Ltd, and a Director of Legacy Australia. He is currently a director of Jobs Australia Ltd, and a member of the South West Queensland Hospital and Health Board and RSL Queensland’s Governance Constitution and Awards Committee.

Chris served for over 40 years in the Australian Army and the Army Reserve in full time and part time positions. His full-time roles saw him working in senior leadership positions in project management, training and infrastructure development in Canberra and Brisbane and overseas in Southeast Asia and the Southwest Pacific. He continues to act as Colonel Commandant of the North West Mobile Force in Darwin and the Pilbara Regiment in Karratha. He is also a member of the Longreach RSL Sub Branch.

Chris has an MBA in Human Resource Management and Marketing, a Bachelor of Applied Science, a Diploma in Leadership and Management and an Associate Diploma in Horticulture, and is a Graduate of the Australian Institute of Company Directors. In October 2022, Ash Naughton joined the RSL Queensland Board as Director.

Ash is the CEO and part-owner of TwentyFiveFour Group, a veteran-owned retail company which owns both On Duty Limited (a distributor and retailer of outdoor and tactical gear) and Gunfire Coffee Limited. Prior to this, he spent four years as General Manager of Retail Food Group, running their global coffee roasting subsidiary company (Di Bella Coffee).

Ash is an active Reservist who has served in both a full-time and part-time capacity for more than a decade. Participating in several operations and exchanges in various leadership and management roles. He is currently an Honorary Aide De Camp to the Governor of Queensland and will soon take up the appointment of Officer Commanding of Bravo Squadron, 12/16th Hunter River Lancers Regiment. He is also an active member of the Yeronga-Dutton RSL Sub Branch.

Ash holds a Bachelor of Commerce and Master of Business.